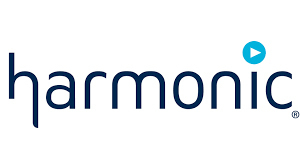 "In 2016, we made significant progress with our Video operating segment as we continued our transition to software based products and services and completed the integration of Thomson Video Networks," said , CEO of "We are targeting year-over-year revenue growth and double digit operating profit in 2017 for our Video business.  For our Cable Edge operating segment, we look forward to a planned major roll-out of our new CableOS products and services in the second half of 2017 and the resultant operating profit."

See "Use of Non-GAAP Financial Measures" and "GAAP to Non-GAAP Reconciliations" below.

This press release contains forward-looking statements within the meaning of Section 27A of the Securities Act of 1933 and Section 21E of the Securities Exchange Act of 1934, including statements related to our expectations regarding: our final results for the fourth quarter and fiscal year ended ; GAAP net revenue, GAAP gross margins, GAAP operating expenses, GAAP operating income (loss), GAAP tax expense, GAAP EPS, non-GAAP revenue, non-GAAP gross margins, non-GAAP operating expenses, non-GAAP operating income (loss), non-GAAP EPS, and Non-GAAP tax rate for the first quarter of 2017, share count, as well as cash and short-term investments at the end of the first quarter of 2017. Our expectations regarding these matters may not materialize, and actual results in future periods are subject to risks and uncertainties that could cause actual results to differ materially from those projected. These risks include, in no particular order, the following: anticipated business opportunities and operational efficiencies for the combined company do not fully materialize; the trends toward more high-definition, on-demand and anytime, anywhere video will not continue to develop at its current pace or will expire; a strong U.S. dollar may have a negative impact on our business in certain international markets; the possibility that our products will not generate sales that are commensurate with our expectations or that our cost of revenue or operating expenses may exceed our expectations; the mix of products and services sold in various geographies and the effect it has on gross margins; delays or decreases in capital spending in the cable, satellite and telco and broadcast and media industries; customer concentration and consolidation; the impact of general economic conditions on our sales and operations; our ability to develop new and enhanced products in a timely manner and market acceptance of our new or existing  products; losses of one or more key customers; risks associated with our international operations, including in ; risks associated with our CableOS™  and VOS™ product initiatives; dependence on market acceptance of various types of broadband services, on the adoption of new broadband technologies and on broadband industry trends; inventory management; the lack of timely availability of parts or raw materials necessary to produce our products; the impact of fluctuations in the prices of raw materials and oil; the effect of competition, on both revenue and gross margins; difficulties associated with rapid technological changes in our markets; risks associated with unpredictable sales cycles; our dependence on contract manufacturers and sole or limited source suppliers; the effect on our business of natural disasters; and risks associated with our outstanding convertible notes. The forward-looking statements contained in this press release are also subject to other risks and uncertainties, including those more fully described in Harmonic's filings with the , including our most recent Annual Report on Form 10-K for the year ended , our recent Quarterly Reports on Form 10-Q and our Current Reports on Form 8-K. The forward-looking statements in this press release are based on information available to the Company as of the date hereof, and Harmonic disclaims any obligation to update any forward-looking statements.

Use of Non-GAAP Financial Measures

In establishing operating budgets, managing its business performance, and setting internal measurement targets, we exclude a number of items required by GAAP. Management believes that these accounting charges and credits, most of which are non-cash or non-recurring in nature, are not useful in managing its operations and business. Historically, the Company has also publicly presented these supplemental non-GAAP measures in order to assist the investment community to see the Company "through the eyes of management," and thereby enhance understanding of its operating performance. The non-GAAP measures presented here are: revenue, gross profit, operating expenses, income (loss) from operations, total non-operating income (expense), net and net income (loss), tax rate, and net income (loss) per diluted share. The presentation of non-GAAP information is not intended to be considered in isolation or as a substitute for results prepared in accordance with GAAP, and is not necessarily comparable to non-GAAP results published by other companies. A reconciliation of the historical non-GAAP financial measures discussed in this press release to the most directly comparable historical GAAP financial measures is included with the financial statements provided with this press release. The types of non-GAAP adjustments described below have historically been excluded from our GAAP financial measures: acquisition accounting impacts to TVN deferred revenue and TVN inventory valuation; TVN acquisition-and integration-related costs; Cable Edge inventory charge in connection with certain product lines; restructuring and related charges; and non-cash items, such as warrant amortization, impairment of long-term investment, stock-based compensation expense, amortization of intangibles and non-cash interest expenses related to convertible debt and adjustments that normalize the tax rate.

To view the original version on PR Newswire, visit:http://www.prnewswire.com/news-releases/harmonic-announces-fourth-quarter-and-fiscal-2016-results-300415260.html

Sign up to receive email alerts for the latest Harmonic information.